Hello there, my PSN username is SirEpix98, I live EST, and I'm 13 yrs old. I was previously in ASK a few months ago and want to make a Big return(let just say there's gonna be a pony)! I would usually upgrade The Mage, Priest, or Warrior. It's been a loooooooooooooooong while since i've played it. I used to play it almost everyday, then I got into different games like Castle Crashers, Black Ops, and LBP2, then I abandoned Fat Princess for a month or two(it's been practically collecting virtual dust since late September). My first trophy was "Got Wood?" during November 27th with two other trophies(Oh, it's on!, and Half the calories eat twice as much!). Yes, I have a mic.

Of course I'd like to agree on your come back to ASK but unluckily after EJona's resegnation few things are changed.
We're accepting only people who're 16/16+ years old now.
I'm sorry Epix, feel free to add me and play with us sometime if you want. 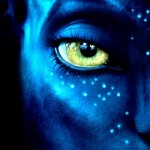